I’ve never done a Friday 5, but I figured I’d give it a shot this week. Mar on the Run, Eat Pray Run, and You Signed Up for What?! host a weekly linkup that anyone can join in on. This week is a freebe, so I can post on a topic of my choosing.

My FIVE Half Marathons

I am from Fort Lauderdale, Fl and grew up in Coral Springs. I’ve been living elsewhere for the last 10 years, but I wanted my first half marathon to be in my hometown and on my home beach. It couldn’t have been a better experience! My parents (and in laws) were there to see me cross that finish line on the beautiful beaches of Fort Lauderdale. It was an automatic PR (1:56:46) and it was the race that made me fall in love with the half marathon. 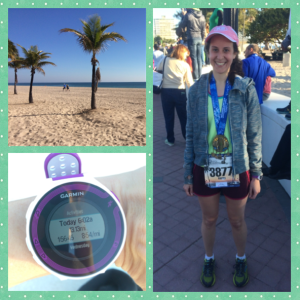 Running the Holy Half is a bit of a right of passage at Notre Dame. I knew I’d be moving in the summer, so I needed to check that off my bucket list. It was crazy cold out… like in the teens. The race became my next PR (1:56:44), but the cold wore me out a lot. Despite the cold, I still had TONS of fun. Lizzy ran the race with me, and it was tons of fun to race with a friend.

This was a TOUGH race. There was about 1000 feet of elevation gain throughout the race AND the biggest hill was at mile 10. By the time I got to it, I was beat! I had a ton of fun though. I felt pretty accomplished having completed such a tough course in under 2 hours.

This race was a gem! There were crazy amounts of elevation gain, but I was on that day. The course was the most scenic I’ve ever been on, with the beautiful Rocky Mountains as my backdrop. I plugged in, hunkered down and kicked serious butt to get my new PR of 1:51:46. After the race, I hiked up Hallet Peak and to Chasm Lake to be in the Continental Divide Club and the Chasm Lake Club. 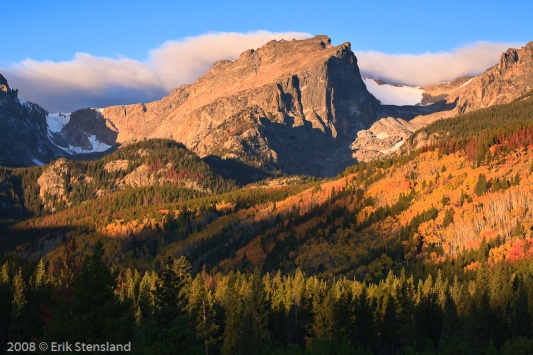 You may have noticed that I have only run 4 half marathons, but this post says 5. Well… that’s because I am running the Kansas City Half Marathon on October 17!

This race will be a dry run for the Route 66 Marathon. I’ll be running it right around marathon pace. I’ll be taking it pretty easy, since I don’t want to risk injury before my big day in November. A lot of people from my social running group will be there and it’s relatively close to Manhattan. Should be a fun day to run!

What is your favorite half marathon?

15 thoughts on “Friday 5 Linkup: My FIVE Half Marathons”