Happy Monday everyone! I hope you had a great weekend. Here’s what Frank and I were up to.

Friday after work, we picked up a friend of ours (yes, we made a friend in Salt Lake City!) and drove down to Moab for a few canyons and a science march. We spent the night camping and woke up at 5:30 for an early start in Arches National Park.

By about 9:30 am, the crowds in Arches are pretty wild, so we made it to the trailhead at 7:00 and hiked into a beautiful canyon called U-Turn. 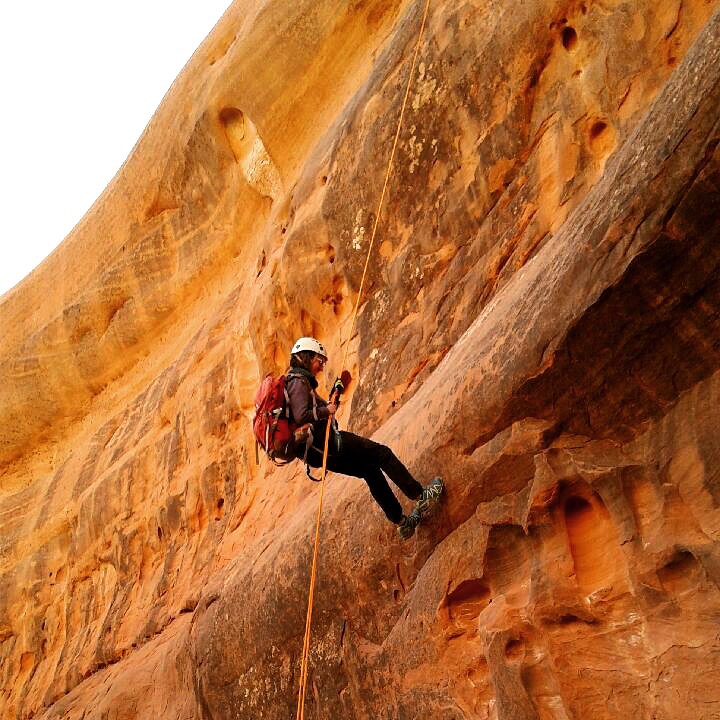 U-turn is a pretty nice beginner canyon with a 95-foot repel at the end.

Since Frank works as an ecologist, after the canyon we made sure to go to a science march in Moab. Despite the very small population size, there were over 200 people in attendance. We grabbed a few signs showing our support for Bear Ears National Monument and for land conservation. It was great to see so many people in support of science and conservation.

After the march (and lunch), we hit up an incredibly beautiful canyon called Medieval Chamber. This canyon had all of the best things Utah has to offer, slots, and arches. The end had us repelling next to a giant arch, with a rather big audience at the bottom.

After the long trek back to the car, we watched the sunset at Dead Horse Point and ate some tacos. Pretty much a perfect end to a perfect day.

The next morning we got up at a more reasonable 7:00 am and quickly packed up to get back into Arches NP for one more canyon.

Elephant Butte is the highest point in the park, but in order to summit, you need to repel down 100 ft into a canyon that leads to the summit. It’s a fantastic route and definitely had some pretty epic photo ops.

After Elephant Butte, we hopped on the road and made it back to SLC early enough for me to go for an easy 5-mile run.

Next weekend I’ll be back in Moab for some more canyons and some climbing. I feel like I basically live in Moab!

How was your weekend? Have you visited any National Parks lately? What is the closest one to you?